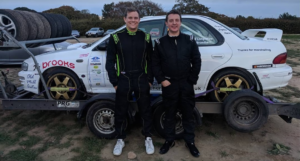 It was sixth time lucky for Dave Longfellow and Mark Broadbent last weekend, where they recorded their first finish after five successive mechanical issues from the previous five events they have entered together.  The Roberts Garages Jersey Rally is a tough event to complete, however they joined another fifty crews at the ceremonial finish on Saturday to record the largest finish of the event in recent history.

The Jersey Rally can be traced back to 1935, however the event as we now know it started in 1983.  Always starting on a Friday and running stages through the night, to recommence on the Saturday means the crews tackling the event need to be alert and awake for two long days of rallying, with limited servicing and parc ferme conditions at different points through the legs.

This year the stages were completely different to 2017 which gave residents a reprieve from the cars racing past their homes, but still gave crews 110 miles of competitive road sections throughout the island.  Some roads featuring wide, sweeping sections, however the roads Jersey is really associated with, making up the majority of the route are the tight, narrow tarmac sections linking the villages and hamlets to nearby fields for potato farming. 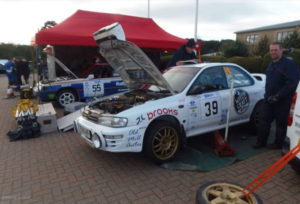 For Dave and Mark, it was a return to the event where they ran as high as fifteenth at one point as car 30 in 2017, to only pull up at the roadside disappointed when the rear differential broke.  This year they were looking to reach the finish and end the voodoo on the recent bad luck whilst also putting in some top 20 times.

It was however a rally of two halves for the crew, as Friday brought about a very stressful leg one.  The car performing well on stage and the team settling in to the rhythm, however the link sections saw the car lose all power on several occasions.  A restart needed on each occasion which temporarily worked around the issue until they could get to service where a loose cut off switch was found as the culprit and replaced.

Leg two saw the start of the night stages where traditionally they have been on the pace however Dave and Mark struggled to get a good rhythm going with late calls on the notes and low confidence meaning slow times throughout the night.  Dave commenting SS8 was the hardest he has ever driven.

The car issues continued however with the crew noticing the electric panel running very hot.  At the start of SS11, the lights cut off completely apart from two spot lights.  Struggling to find the fault and the stage countdown already starting, the crew set off to record a stage time six seconds slower than their previous best – not bad considering the issues and very poor visibility they had. Heading back to service, the crew was very thankful to the local police who allowed them to continue on the road section after making adjustments to the spotlights.

At the end of day one, they were 32nd and 7th in class, losing a lot of time on SS8 and valuable seconds throughout all of the second leg.  Disappointing for the team as so much more was possible, however thankful they were still in the event.

Day two saw the rally visit another four stages, run a total of fifteen times, however two bad accidents, one involving local Ed Fossey meant four of the stages were cancelled.  Thankfully all crews were reported to be fine, however frustrating as the first four runs of the stages were quick for Dave and Mark and saw the team work their way up the table.  The crew could of made more time up had the four stages been run, however the right decision was made by the organisers to cancel. 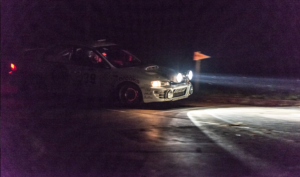 Thankfully, all the stages run on Saturday were in beautiful sunlight so no repeat of the issues from Friday. At the start of the final leg, the crew was out to show what stage times were possible and work their way to a respectable position and finish, which they duly did, ending up a very respectable 23rd overall and 5th in class.

Looking at the times, had the crew been competitive on the night, they would only have made up one or two places and still finished the same position in class, so come away from their second attempt at the event happy with the result.  The final result also showed how valuable local knowledge is in Jersey, with Dave and Mark finishing 11th best mainland crew.

Mark Broadbent stated “The Jersey Rally has been very enjoyable this year, with the stages some of the most challenging I have ever competed on.  It has also been the most challenging outside of the notes as well, with so many issues with the car on Friday – night stages with only two spotlights was tough! Thankfully, Dave has driven brilliantly all rally and has not put a wheel wrong.  We are certainly looking at competing here next year and hopefully on stages we have some experience of”

Huge congratulation to Ross Le Noa who won the event.  These roads are very tough and after dominating the first leg, Ross led the event from the first stage in his Ford Escort.  Although his first win on this event, it is three wins out of three this year having competed on the nearby Guernsey Rally and L’Etacq Rally.  Also congratulations to the class E winner Neil Cotillard in his Subaru Impreza.

Dave and Mark could not of competed today without the fine work of the service crew – many thanks to Danny, Dave, Keith and Brian for all their hard work.  Friday was certainly busy for all, however Dave did not put a wheel wrong and brought the car back in one piece in each service!

The crew would also like to thank all their sponsors.  Without their contribution, competing would not be possible. 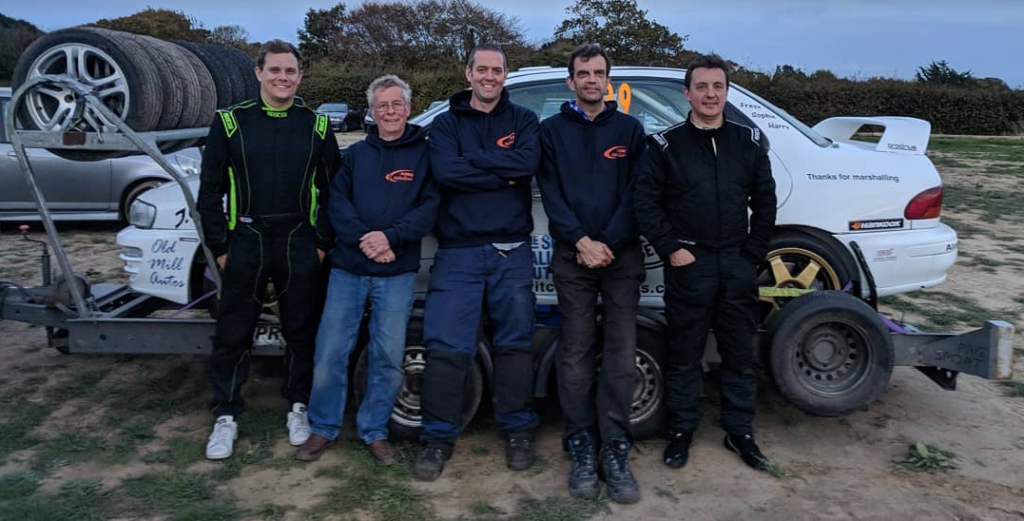 Final thanks to Jersey Motor Club for organising the highlight of the year for us – we very much enjoyed 2017 and 2018 has brought the crew their best ever finish (although to date, their only one!)  2019 will be another one not to miss for sure

The next event for Dave is unconfirmed, with perhaps another before Christmas on the cards, however one eye is now looking at plans for 2019.  For Mark, he will be in a rally car again in two weeks time for the Ford Parts Cheviot Stages with Neil Andrews in his Subaru Impreza WRX, sadly for the last time before Neil retires from stage rallying.